Menu
← view all items prev next 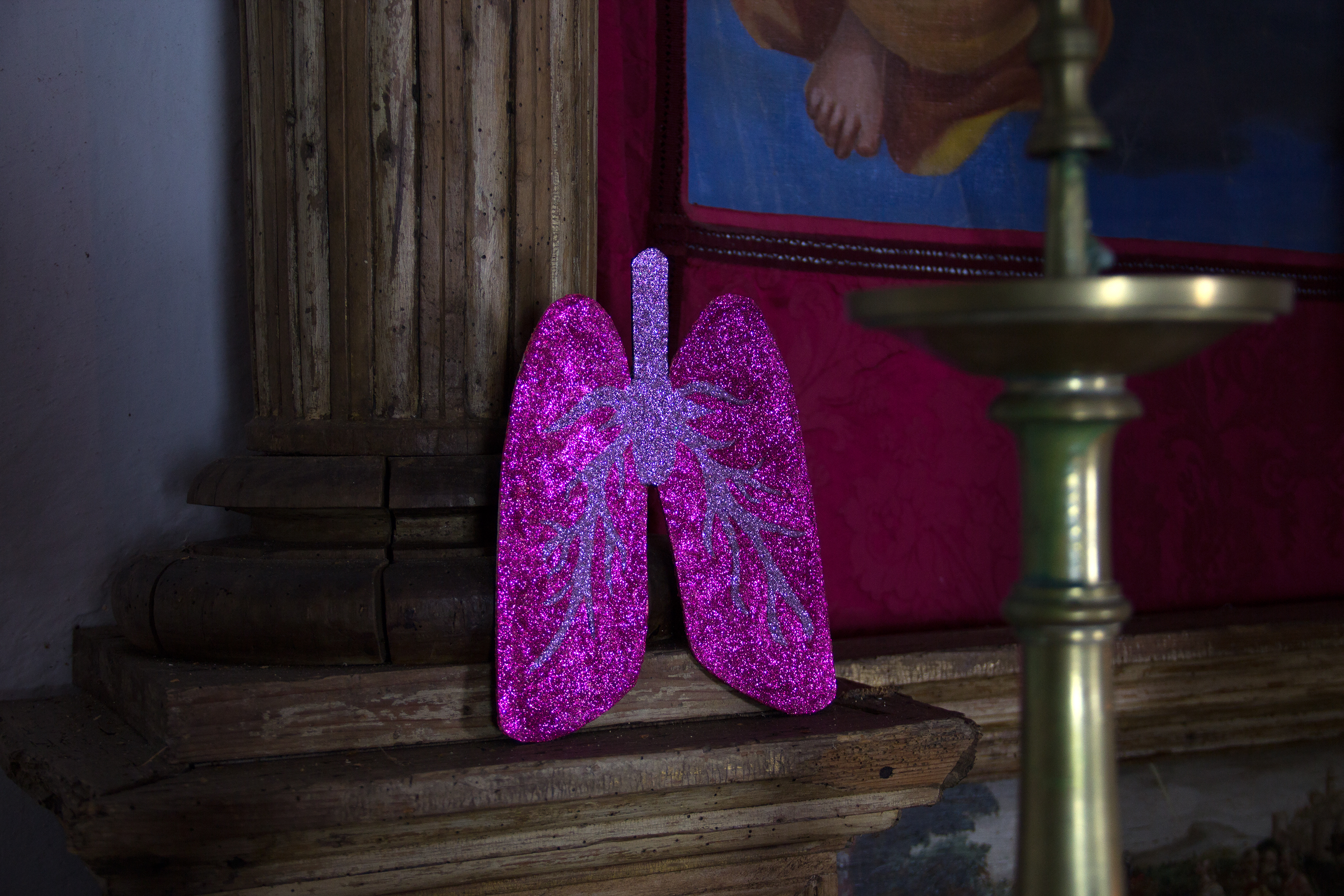 The project Nostra Signora della Salute does not arise from the desire to provide a philological iconographic reproduction of a religious subject, which has in fact been reinterpreted according to the artist’s poetic and aesthetic sensibility, but from the desire to investigate the rituality and magic connected to creation and the offering of votive images. Ex voto is in fact ‘a Latin phrase derived from the ellipsis of ex voto suscepto, “according to the promise made”, and indicates a formula affixed to objects offered in shrines to thank the recipient of the gift (God, a saint, the Madonna) of having answered a prayer. The extension of the meaning led to the designation of the object of the offering with the same phrase, also applying it to the votive offerings of the ancient world.
In a period of health emergency like the one we are going through, in which science, medicine and official knowledge are unable to provide effective answers to combat the epidemic and the suffering it generates, turning to ‘supernatural’ forces to obtain comfort and help appears to be the only way to rediscover one’s roots and regain possession of one’s destiny. The ex voto is in fact defined by Georges Didi-Huberman as a desire capable of giving form – an organic form – to psychic time, since it indicates the symptom and the prayer of someone through the specific representation of the point in which it suffers and where he wants to be transformed, soothed, healed, converted ‘.

It is also important to underline that these shots intend to give a new dignity to artifacts that have always been considered minor expressions, since they are considered synonyms of folklore, popular tradition and superstition. This is also evident from the analysis of Didi-Huberman: “The votive images are organic, vulgar; as unpleasant to contemplate as superabundant and widespread. They go through time. They are common to the most disparate civilizations. They ignore the separation between paganism and Christianity. In fact, their very diffusion constitutes their mystery and epistemological singularity: customary objects for the ethnologist, votive images seem completely non-existent for the art historian”